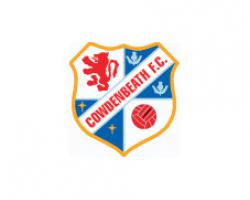 Cowdenbeath 1-1 Dunfermline: Match Report - view commentary, squad, and statistics of the game as it happened.O'Brien leaves tie in the balanceThomas O'Brien's second goal in successive games earned Cowdenbeath a 1-1 draw with Dunfermline in the first leg of the Scottish Championship play-off final at Central Park.Dunfermline's improved second-half showing looked set to be rewarded with a lead to take into the second leg when Andy Geggan headed a 76th-minute opener from a long throw-in.But O'Brien responded in similar fashion to leave the tie all square.Darren Brownlie headed an early corner over for Cowdenbeath before the ball fell to Ryan Thomson after a slip in the home defence, but the Dunfermline striker was unable to take advantage of the opportunity.Midway through the first half Kane Hemmings got on the end of O'Brien's throw-in but could not bundle the ball home after a moment of hesitation from keeper Ryan Scully.Rory McKeown's long throw then caused panic in the Dunfermline box but the Pars eventually managed to clear the danger

Faissal El Bakhtaoui then drove narrowly wide at the other end after being played in by Geggan.Moments before the interval, Hemmings wasted the best chance of the half as he broke clear but Scully made a fine stop to send the teams into the break all square.Dunfermline enjoyed the better possesion after the break and Ross Forbes' shot was blocked before Geggan came close to turning home Danny Grainger's corner.It was another long throw that brought the breakthrough as Grainger's delivery found Geggan in the box and he headed home his 12th goal of the season in the 76th minute.However, the lead lasted only six minutes as O'Brien nodded home McKeown's throw